We could spend a lot of time discussing the cultural differences regarding casual sex between the United States and Europe, but what I really want to talk about is prostitution. This week is short study tour week, which means we get the week off from regular classes and spend time with our core class, mine being Prostitution and the Sex Trade in Europe. For the first half of the week, my class was in Copenhagen, and for the second half of the week, my class traveled to Malmø and Göteborg, Sweden. Short study tour week is a fantastic time to really dive deep with your core class, attending guest lecture speakers and traveling to other parts of Denmark and Sweden to challenge yourself academically through a cultural experience outside of the classroom. Here’s a rundown of my week!

Today my class had a guest lecturer from the Swedish Sex Workers Alliance speak to us. This alliance protects and advances the rights of sex workers in Sweden.

We also watched a documentary, “Scarlet Road”, which was about an Australian sex worker who specializes in working with clients with disabilities. This film really opened my eyes to the connection between prostitution and fundamental human rights, as well as the connection between those who buy sex and those who sell sex. It had never occurred to me before watching this film that those with disabilities deserve the right to sex, just as any other human being does, yet they are limited in obtaining sex, unlike the rest of the population.

In the morning my class had a short debate. My teacher broke us up into 6 groups: sex workers, clients, social workers, radical feminists, the alliance against human trafficking, and the police. Each group then came up with a plan for the best policy on prostitution in the United States for that specific group, and we then debated with each the pros/cons of each method, who it would benefit, and why.

We then had another guest lecturer, an International Human Rights lawyer who helped develop the Swedish policy model on prostitution. I really enjoyed this lecturer, because she was a strong opponent of prostitution, a side we have not heard much of in class. As with studying any topic, one should always hear both sides of the argument in order to form their best opinion, which this speaker definitely helped me do.

My class got Wednesday off, to give us a day to rest and prepare for the next 3 days in Sweden. I mostly spent the day doing laundry and getting small things done that had been building up on my to-do list. My friend and I even went to Bilka, a huge superstore in the mall that was the equivalent of a Walmart in the US. The grocery stores in the city are all tiny, so it was fun to finally be at a store that had multiple brands and options for me to choose from! (note: frozen fruit!!).

Off to Malmø! It was a short bus ride over the Baltic Sea to Sweden. Our first lecturer was the Swedish police, and they talked to us about the Swedish/Nordic model and how they handle trafficking and prostitution in Sweden. The Swedish model criminalizes the sex buyer, but not the sex seller. The police rely heavily on border control to target international women who they think are being trafficked into Sweden – this caught my attention, as the police in Sweden are essentially profiling women of different races and ethnicities as victims of sex trafficking, which has various ramifications socially and politically.

The next speaker was a social worker from an organization called Noomi, and NGO organization to help women who have been abused through sex trafficking. This organization also viewed all women in prostitution as victims and offered them support, but could not offer them alternate jobs, which is what most women who come out of sex work want: a stable income.

My class got lunch at an adorable little outdoor café in the middle of a garden, and at night we were left on our own to explore the city. My friends and I ended up walking around the whole city and got sushi for dinner (it was so cheap!) and then we played cards at our hostel. 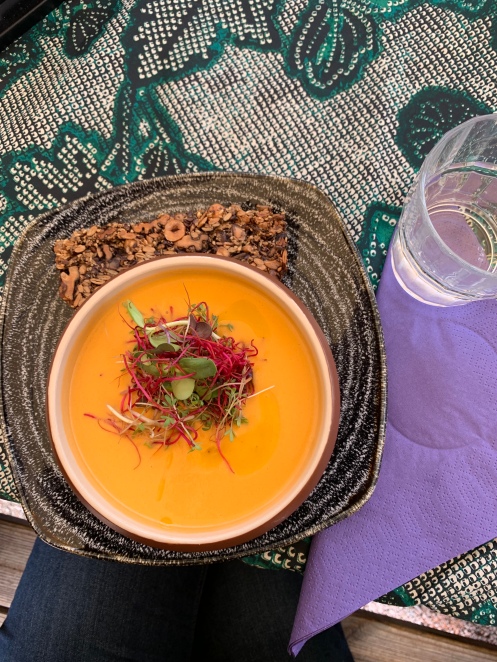 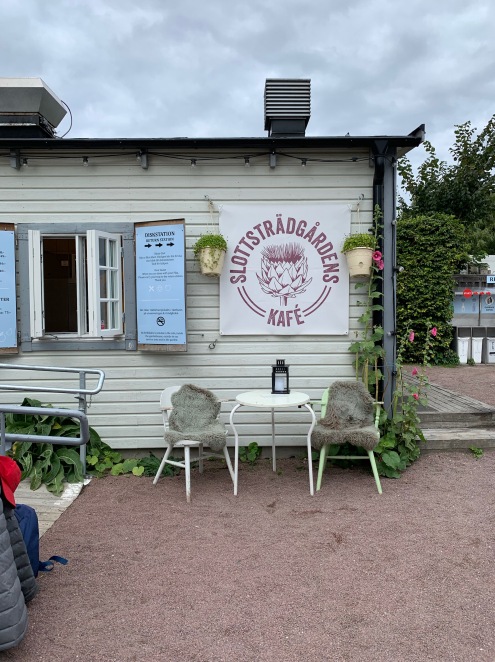 We woke up early this morning and took a 3 hour bus ride to Göteborg. We had 3 lecturers in the afternoon. The first was from an organization called “Real Stars”, which works with the EU, corporations and individuals to spread the Swedish model to other countries and get women out of sex trafficking.

The next lecturer was from a women on her PhD dissertation, in which she studied twenty women who were currently involved in prostitution or had been in the past, identifying not how prostitution is, but how it operates. I really liked this speaker, as she outlined how the power relations, knowledge, discourses, and practices are all interconnected in prostitution and how it is not always so black and white in coming up with an effective policy on prostitution.

Our last lecturer of the week was a social worker from Villa Novali, a shelter for women and their children who are in situations of domestic violence or other violent situations.

We ended the evening at Liseburg amusement park, which was a lot of fun!

We woke up bright and early today to take a 3.5 hour bus ride from Göteborg back to Denmark, stopping at the Louisiana Museum of Art on the way home. We visited the exhibition Generation Wealth, the had a couple hours to explore the museum on our own. I really loved this museum, and it was in a beautiful location on the eastern coast of Zealand, the capital island of Denmark. We then took a bus ride home, and that concluded my study tour week! 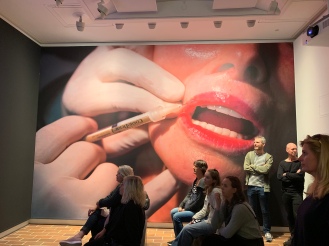 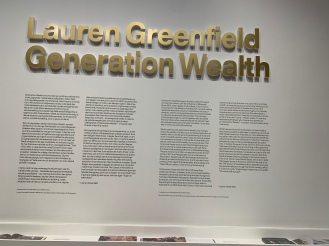 Overall, I really enjoyed this week, being out of the classroom, listening to speakers, and exploring new cities in Sweden with my class. I also got time to make new friends in my class, because we had ample time at night to socialize and get to know one another. It was a great warm-up trip before we go to Amsterdam for 6 days in three weeks! 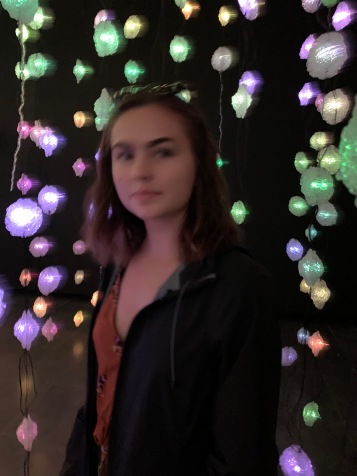